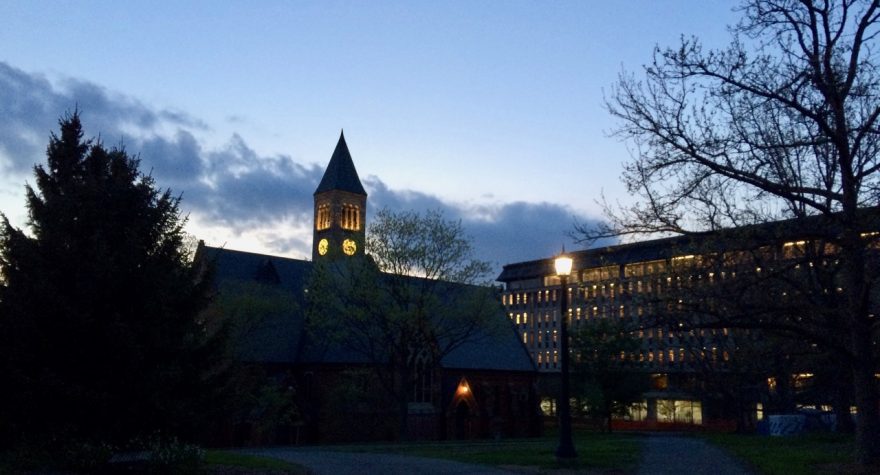 Here’s a little excerpt from the preface of my book about French radical philosophy, where I try to open up some questions about gender and object-desire in “French Theory,” as we once knew it in America. It’s not the ethnographic part of my project; it’s not even really about France. But it tries to think a bit about U.S. college culture around the turn of the 2000s, when I was a student and when—at my institution—French Theory was still somewhat in vogue.

The kind of theory I was taught in college had a big aura. It was a chic kind of theory, a French kind of theory, one entwined with hipster and bohemian aesthetics, with “female effacement” (Johnson 2014:27), with things postmodern or poststructuralist, with American whiteness, and with a barely repressed spirit of commodification and elite competition. In the American university context, this theoretical competition was readily entangled with clumsy masculine ambition and ersatz intersubjectivity, as one can see from a late-1990s satirical song about dating at Swarthmore College.

Comes on the scene in a sharp wool coat
Bright eyes, hair a little too long and big teeth
Wanna strip away the phrases he recites by rote
Wanna find out what’s underneath

Don’t want to talk about anything I think I know
It won’t take long to see I’m hopelessly outclassed
And when you finally get him home
Has he got what it takes to last you?

Let us dwell on “Theory Boys” for a moment, since its lyrics convey a whole theoretical world. The theory boy’s theory was a prestige object, used not in the service of any collective politics, but as part of a masculine bildungsroman which was nothing if not cringeworthy. In the song’s scenario, the theory boy was a bad boyfriend because he not only thought he knew everything, he also sought to make you feel inferior in the face of his knowledge, distilled from obsessive readings of fetishized male philosophers — Foucault and, as another verse notes, Nietzsche. Today one would call him a mansplainer, and his ostensibly subversive cultural knowledge was not to be mistaken for actual thinking. On the contrary, it consisted essentially of rote formulas that may, nevertheless, have channeled genuine existential angst. “Man is mortal, life is pointless, God is dead and stuff,” was the summary of his views offered in the fourth verse by the composer, Elizabeth Fein, who went on to become a psychological anthropologist. The theory boy was a connoisseur of yesterday’s philosophical dissidents in France and Germany, and what he sensed as radical chic was really a palimpsest of yesterday’s academic imperialisms, now eclipsed by the United States’ ascendant academic industries. Meanwhile he protected his expertise by avoiding his interlocutor’s domains of knowledge; he privileged his own verbal prowess over sexual reciprocity with his partner; and he aspired to style by practicing Francophile bobo consumerism, notably, as the third verse notes, by binging on coffee and cigarettes.

Methodologically, the point is that theory was enmeshed in a system of angsty patriarchy and frustrated desire. It was not that the theory boy definitively preferred the literary androgyny of French theory to the embodied femininity of his partner, since being a theory boy was clearly his coy sexual strategy.[1] In the libidinal economy of the song, the theory boy automagically constitutes an object of desire for the woman protagonist. He seems enticing in spite or because of his repulsive and excessive qualities, which give her desire for him a certain masochistic quality. In this, her desire mirrors his: the desire for theory is itself a masochistic desire, because who but a masochist (in this view) would be dumb enough to read Foucault for fun (Kulick 2006)? Just as the girl never gets what she wants from the boy yet can’t quit him, so too, it would seem, does the boy never get real knowledge from Foucault, but can’t stop reading him. The three of them enter into a paraphilic love triangle, where a girl chases a boy who chases a book, which in turn androgynously embodies both the masculinity of philosophical authority and the aesthetic femininity of French culture. Yet all the while, by the song’s account, the theory boy remains oddly trapped in himself, and in his barely intelligible code: “At least he can speak his own language—no-one else knows how.”

We could say that the theory boy’s theory becomes a fetish object, in a libidinally charged though not directly sexual sense. The objects of fetishistic desire (paraphilia), whose inanimacy affords them a welcome stability and predictability, can play a powerful function in stabilizing libidinal economies (Berlant 2012).[2] Fetishes serve at once to comfort and alienate, interfering with easy fantasies of subjective sovereignty. For the fetishist is not self-sufficient, he needs the object; he is not in control, but neither is he obliged to swallow too much intersubjectivity, since his desire can be satisfied by a substitute; and ironically, his very lack of sovereignty can make new things possible.

Now the “theory boy” is obviously a specific social type, and an idealized one at that. He is not a stand-in for Anglophone critical theory at large; he is neither an Angela Davis nor a Herbert Marcuse, neither a Barbara Johnson nor a Sara Ahmed. But in the instabilities which afflict him as he tends his theory fetish, he represents a political dead end whose implications reach far beyond the narrow confines of American elite college culture. If the unfinished global legacies of twentieth century radicalism show anything, it is that dialectical fantasies of a happy merger between revolutionary subject and revolutionary theory have generally proven unrealizable.[3] “Theory” in its post-sixties sense has consequently often been in a bad relationship with politics — as my French interlocutors sometimes complained — and this fraughtness is inseparable from its potential to become an academic fetish object.[4]

Still, it is not my view, either in this case or in general, that theory (itself a highly historically mutable category) is a fetish by nature. It is merely analytically important that, at certain historical moments, it can become one. Meanwhile, no one would mistake Theory Boy for a utopian: he is too dogmatically affirmative about theory for that, and too hostile to other human beings. But his masculinist fetish of theory has the merit of showing a deep connection between patriarchal desire and the forms of objectification that continue to organize the theory universe. This has been only too apparent to women — and no doubt invisible to too many men.

[1] It is an ideological curiosity that French culture is strongly gendered female in American public culture (whether in terms of fashion and beauty products, of Paris as a love space/object, in terms of France’s military and economic inferiority to Britain and America since the 19th century, or in terms of its artistic and intellectual movements). It is intriguingly compatible with France’s general femininity-for-America that French Theory was often deeply masculine and male-dominated. For more on the ambiguous gendering of French national self-representations, see Cooper (2000), or on gender in French philosophy, Le Doeuff (2003).

[2] As Berlant puts it, “The fetish enables desire to be controlled, to be manageable, to be comprehended, signified, and also screened out by the material form. Moreover, the fetish has no uniqueness nor singularity, like the penis; it can always be possessed, reproduced, replaced, and collected. Thus it encompasses value and valuelessness, and construes desire through aggression and protectiveness” (2012:34).

[3] I think here of the unactualized fate of Firestone’s revolutionary Marxist feminism, or Biko’s subject of Black Consciousness, or even Lukacs’s theory of the revolutionary proletariat (which may not be the Ur-form of this fantasy but certainly traces an extreme version of its failure).

[4] Aijaz Ahmad comments even more pessimistically than me that “It is also arguable… that dominant strains within this ‘theory’, as it has unfolded after the movements of the 1960s were essentially over, have been mobilized to domesticate, in institutional ways, the very forms of political dissent which those movements had sought to foreground, to displace an activist culture with a textual culture, to combat the more uncompromising critiques of existing cultures of the literary profession with a new mystique of leftish professionalism, and to reformulate in a postmodernist direction questions which had previously been associated with a broadly Marxist politics” (1992:1)