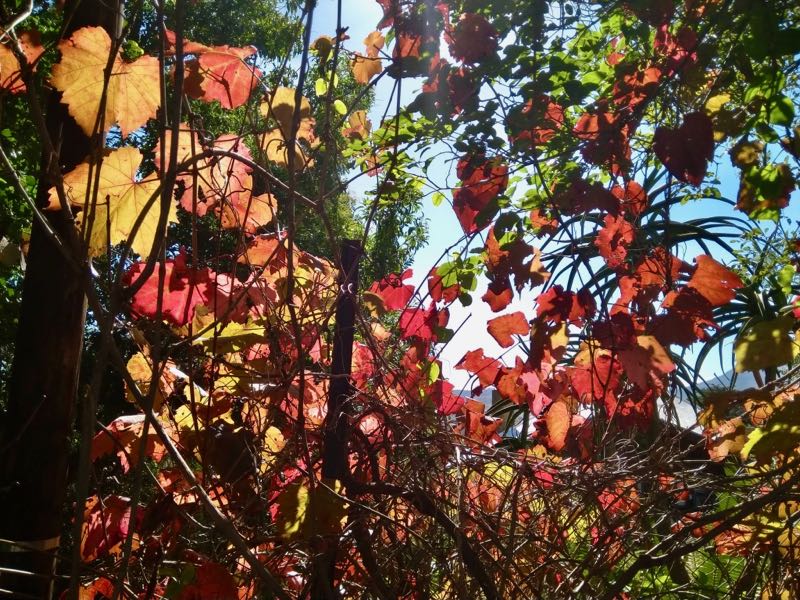 Ethnographers are constantly writing what they call vignettes. What they mean by this word is short stories. The core claim of this post is that short stories are great, and we should keep writing them, but that we should stop trivializing them by using this problematic, denigrating term.

What is a vignette? Vigne is vine (in French) and vignette is thus “little vine,” which is certainly an evocative image. But what does a little vine do for ethnographers?

The dictionary is useful here, helping us connect dots of history. Merriam-Webster distinguishes three modern senses of the term:

Of course what ethnographers have in mind is always sense (2), “a short descriptive literary sketch.” But my view is that the way we actually use and refer to vignettes ends up reproducing some real epistemological problems. And these problems emerge, it seems, from the very etymology of the term, or at least they resonate awfully harmoniously with its semantic history. Everything happens as if we were haunted by these other illustrative senses of this term: the “running ornament of vine leaves” that beautifies a text, the “pictorial part” of a stamp that is distinguished from its frame.

We are not positivists, right? We do not subscribe to an impermeable distinction between theory and data, do we? And we would like to overcome the historically gendered, historically colonial hierarchies that grounded this distinction, would we not? Yet the notion of a vignette tends to reproduce them.

In ethnographic practice, the vignette is a text within a text, a marked text that implicitly sets the ethnographic “data” (the non-positivist term is “experience”) apart from the ensuing “theory” or “analysis.” In vignettes — and too often only in vignettes — we feel allowed to be vivid. Allowed to be writers and storytellers, not merely analysts or theorists. Allowed to feel enmeshed in a scene, allowed to bring our readers along to vicariously experience places they have not been, allowed to allude to our human relations with our ethnographic subjects, allowed to present the world as unstructured and historical.

But it never gets to stay that way. Because the vignette is put to work within a larger text. Here are some examples of how ethnographers use the word vignette in their writing (taken randomly from PDFs on my computer):

The vignette commonly has a double function. It “backs up” someone’s claims, providing “evidence” that is construed as having a sort of weight or force by virtue of its mere existence in the text. In this sense, vignettes provide “proof” or “warrant” — like admissible evidence in a court case. On the other hand, vignettes are full of meanings that are then mined or extracted in the text that follows. It is common to pause after a vignette and say something like, “So just what does this mean?” “What does this tell us?” And then to say something complex that is likely not very obvious to anyone but the author… Like a myth or sacred book, the vignette is prone to invoke a hermeneutic project, crying out for interpretation.

There is a normative discipline around how we use vignettes. Many anthropologists believe that vignettes must exist in a certain proportion: not too much, not too little. I’ve been told more than once, by editors or reviewers, that “this paper needs an opening vignette.” But too many vignettes — that’s a problem too. One time I saw someone give a talk at my graduate program at the University of Chicago, a notoriously theory-focused place. The speaker mainly wanted to tell some stories, but he started out instead by saying: “I wrote a page of theory to introduce my talk, because I thought people wouldn’t be able to accept just stories on their own terms.”

The discipline around vignettes is very weird, though. You can get in trouble for not having enough vignettes, but once you’re in the middle of one, you are in a little zone of freedom. It is easy to write vignettes, in my experience, because they are much less heavily policed than “theoretical” writing. People will attack you for the way you cite other scholars. They rarely dispute the way you describe your field experience.

In the end, the fact that people like talking about “vignettes” is a sign of their ambivalence, of their inner slippage or incoherence. I think the vignette operates on the logic of what Derrida used to call a “supplement”: it seems optional, at first, but actually is supposed to add some essential piece without which the original thing, claim, point, theory, idea, etc, would somehow fall flat. It never gets to be central — when you’re telling stories, they’re usually not about you, you just become the medium for some sequence of events — but its seeming marginality is sort of a ruse.

But it manages to trivialize the flux of empirical reality at the same time, insisting on the primary of theory by denigrating storytelling. It’s a flat genre of empiricism that lets life happen while keeping it in a cage. It makes phenomenology, experience, and history into decoration. The little vines that decorate the long streams of colorless, authoritative prose.

The “vignette” — this is really what bugs me about it so much — is a story that feels guilty about being a story. No vignette ever graduated from its embryonic state of narrative insufficiency. It is little by nature, born little, destined to remain little. But storytelling need not be marked as little. That every story is finite and non-total is a sign that history is unfinished, not grounds for epistemic guilt.

If “theory” is marked masculine (as Lutz famously argued in The Gender of Theory), and if our more “serious” or “academic” writing is the part where we want to be recognized as serious scholars with authority, then the vignette seems to enter that textual economy as the site where our feminine part can come out. The things that vignettes do are historically marked feminine: they decorate; they care about moods; they talk about relationships and process incidents; they provide pleasure and comfort to tired readers; and sooner or later (ugh), they get interrupted by male voices…

I begin to wonder if the notion of the vignette does not work in contemporary ethnography to denigrate the feminine.

I think we could do without it.

But it does not need to have a category that sets these functions apart from the rest of our texts and makes them into marked moments, set out against the unmarked, uncomfortable, authoritative, and potentially masculinist prose of theory and analysis.