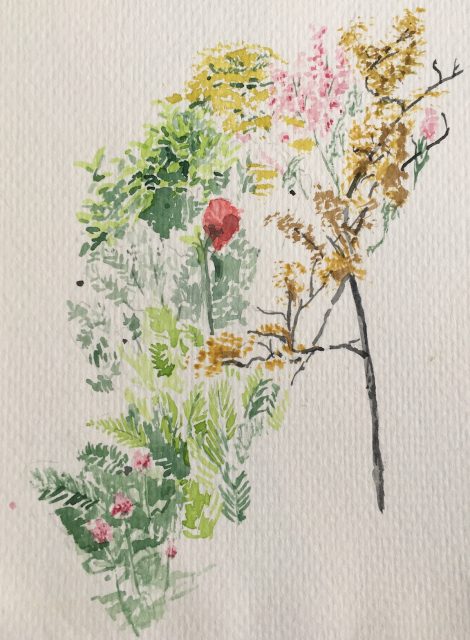 It’s early morning in Cleveland Heights, Ohio. The cognitive capitalism capital of the American rustbelt, you could call it. Huge university buildings and museums. Vast zones of middle class dwelling and consumption. Working-class neighborhoods hidden away out of sight.

It’s been about twelve weeks since I left my faculty job in South Africa. I really liked teaching there, partly because the weight of the Apartheid past was still so very present in Stellenbosch that, in an unexpected way, it made it feel especially worthwhile to teach critical social science. But it was just too far from my partner and our kid, who had stayed here. Obviously, we had explored different options. Leaving Stellenbosch ended up being the right thing, and I’m not ambivalent about it, even though I miss the teaching.

Here’s what I wrote on Facebook as I was leaving:

I made so many mistakes in the classroom this year, but for obscure reasons, I also really fell in love with teaching in South Africa, so much that I’m in tears now, writing this. My colleagues told me to be ambitious and teach what I thought was challenging, which was the opposite of my postdoc, where my boss said the students were pretty mediocre and not to expect much. Here I got less afraid of the classroom, and more in touch with which boundaries I need and which ones I don’t. I got better at being myself, at accepting the mistakes and fixing them, at being reflexive in front of the students, and at managing bad affects (mine & other people’s). Some students didn’t like my act and some loved it, and sometimes their critiques of my classes were spot on, and sometimes they came from detached kids who rarely showed up. I think I got better at hearing the critiques and doing my best and just feeling… alive. I don’t necessarily know what people thought or what they took away, and that indeterminacy is important. Teaching is a modest project. But I want to believe that when I was more present, they were more present too. Sometimes I could see it in their faces, I thought; and to my considerable delight, a lot of supposedly “bad students” sneakily turned out to be pretty good ethnographers.

To leave a place is to figure out how to acknowledge your losses, to learn what you will miss.

That experience also taught me, contrary to what I’d imagined, that mixed feelings are not the same thing as ambivalence. Ambivalence in the strong sense, I think, only emerges when mixed feelings are also in conflict with each other, or express some contradiction. But you can feel happy and sad at the same time without having this sense of unresolution that ambivalence provides. Ambivalence is a way of deferring the solutions to struggles, of keeping contradictions open (sometimes, of course, it is an permanent deferral). But me, I’m at peace with my mixed feelings.

Still, on a professional front, it was very hard to leave a teaching job without having another one figured out first. I hope I can find a new university position in America, but we’ll see, since the academic job market in my field is still pretty meager. I still think my work is good. But I’m still writing about precarity, and experiencing it.

We often think of precarity as meaning short-term work contracts, but oddly, when I was at Stellenbosch, I had a permanent academic position, but it was still precarious because the geography was so incompatible with my life realities. The trip, one way, was 25 hours and three flights, minimum.

I liked my colleagues and I’m happy that I’m going to stay affiliated with my department in Stellenbosch for the next few years. I’ll go back and visit, maybe even teach a short course.

Meanwhile, I’m doing much more childcare, and trying to finish my book about French disappointed utopians. There are a lot of coffeeshops in this neighborhood, which constitutes a sort of college town for Case Western Reserve University. Maybe I’ll write more about this neighborhood, with its odd class markers and its unusual (for America) degree of racial diversity. The spaces around universities always bring out my ethnographic instincts.