Last month I was in Maynooth, Ireland, for a conference of the European Association of Social Anthropologists. It’s a small town outside Dublin, beside a canal full of lilypads.

I went through a grim suburban railroad station in Dublin on my way there. But in the pedestrian bridge over the tracks, there was a pair of grills that produced one of the most intense moiré patterns I’ve seen. 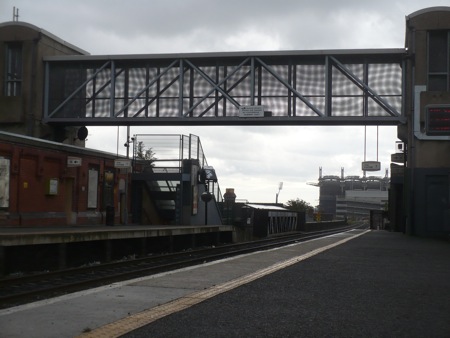 When you got to the campus, though, there was an sense of almost physical relief compared to the tightly enclosed urban campuses where I work in France. This was the enormous lawn just beside the old part of campus. 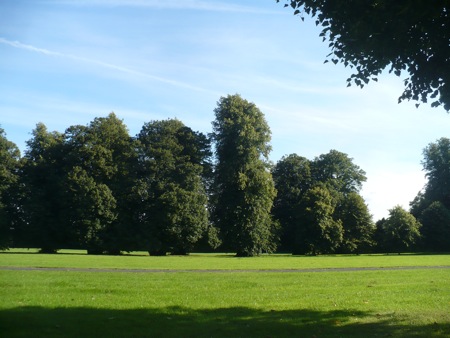 It even had wildlife. 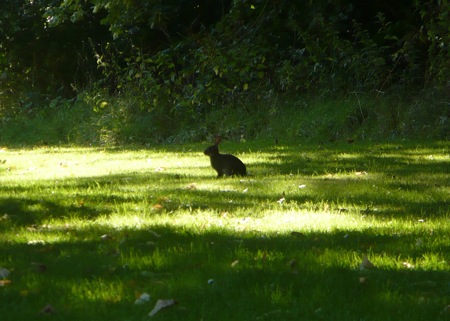 The old campus itself was stone. Everything there was very quiet. (I think this part of the campus is the seminary, matter of fact.) 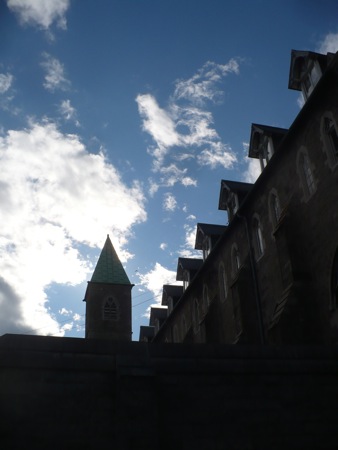 Admittedly, the cars and parking lots have risen up between the old buildings like a bituminous tide. 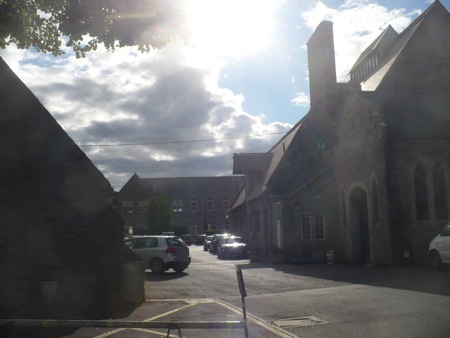 And the rows of dumpsters were somewhat aesthetically out of place, to say the least. 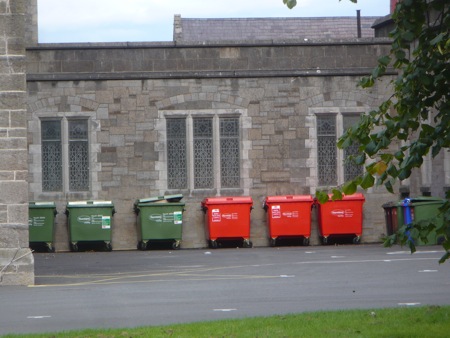 I was surprised to find out that the library was named after Pope John Paul II. Across from its front door was a very… pastoral sculpture. 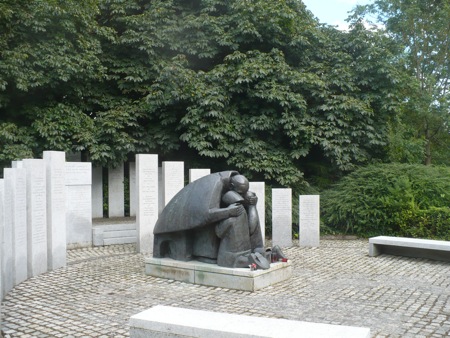 If we crossed a bridge we came to the new side of campus (it’s the National University of Ireland-Maynooth). 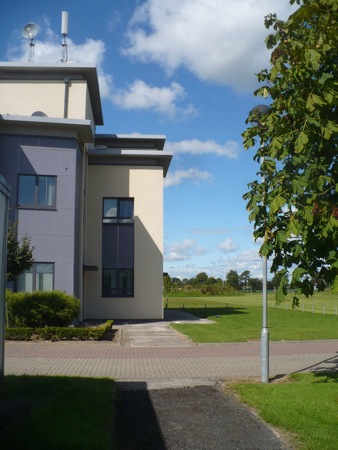 The reflections ran off to a vanishing point. 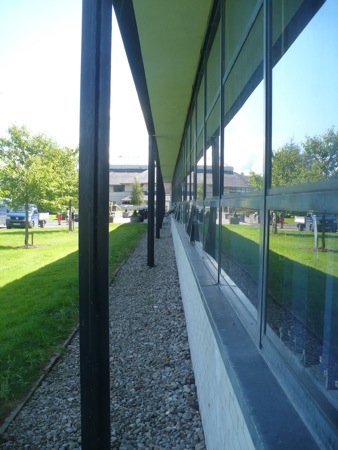 There was even a creche with a playhouse. 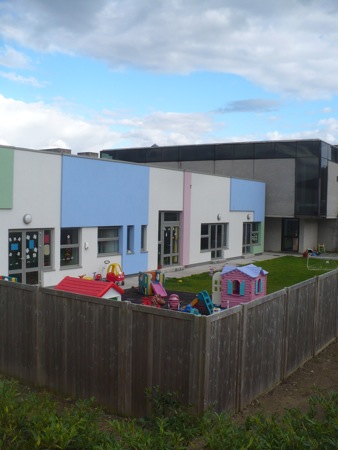 This low building was locally considered the ugliest on campus. It didn’t look that bad to me. 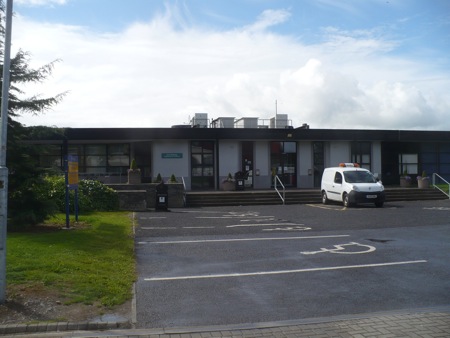 A whole complex of new dormitories had been built in the last couple of years (all those buildings in the far background). 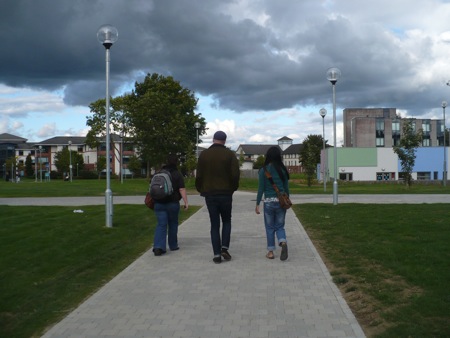 Out in the town, on the other hand, houses were low, tightly packed, a bit glum, barely colored, very similar to architecture I’ve seen elsewhere in the British Isles. One of these had all its windows broken and the rain pouring in, and seemed to have been left that way for some time. 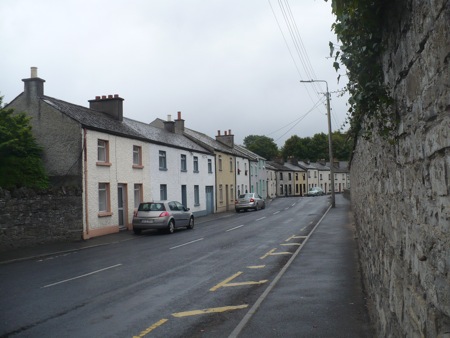 One notices that in the university’s advertisements, they don’t show images of that part of town. 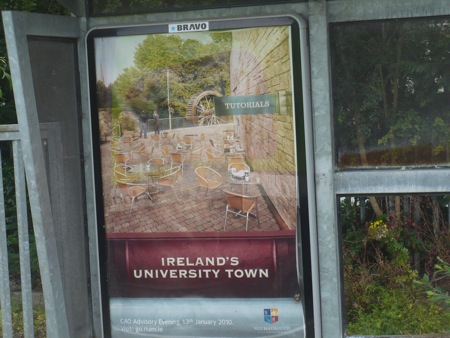