In case you wondered what campus activists look like in Aix, here are some people who were distributing tracts for the election I wrote about earlier. 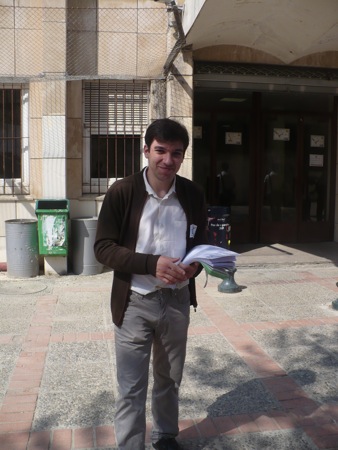 This fellow was from UNEF. As I asked to take his picture, an older man he was talking to edged back out of the frame, and the activist drew himself up in a sort of pose. 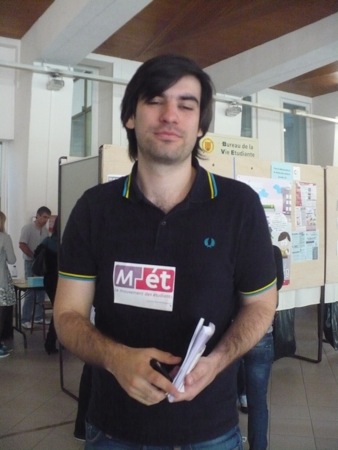 The local leader of the Mouvement Étudiant. I think he was sort of like the boss of the other Mét militants; one of them later stopped talking to me because, he said, he was afraid the boss would be annoyed he wasn’t giving out fliers. I’m struck by the definite posed look here too. I guess you can’t just ask to take people’s photos and then expect them to not pose. 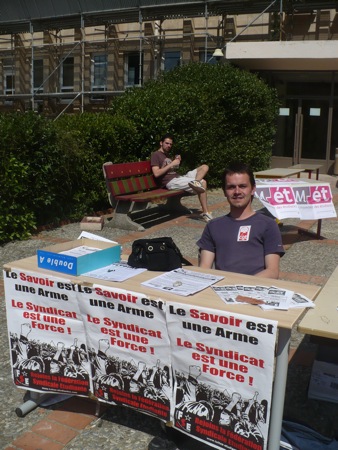 This person sitting at the left-wing Fédération Syndicale Étudiant table was actually from the CGT (a larger labor union). He wanted to know what the labor situation was like in the US. Looks a little more relaxed than the others, perhaps in part because he’s sitting down. 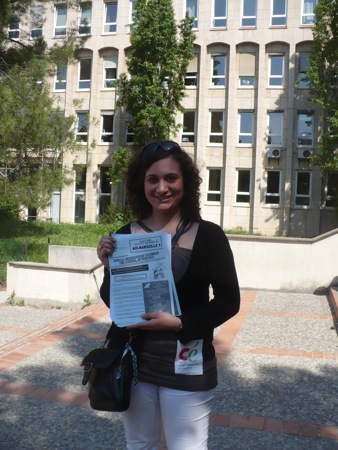 A militant from the Confédération Étudiante. 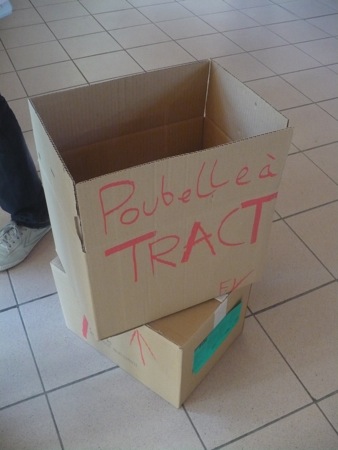 A trashcan by the student election tables labeled “trashcan for tracts” where you could throw your political fliers once you’d voted. I guess we should applaud their dedication to recycling, but it somehow seemed funny that ten yards from where they gave out the tracts, there was a place for you to throw them away. These tracts have a very short lifecycle and duration of meaningfulness, it would appear.

I have to remind myself at times that an anthropologist’s careful scrutiny of a local artifact like a tract is totally alien to the inattentive, half-bored way that most students seemed to regard them. Very few tracts are actually read, people say here. Some people throw them out immediately, without even looking, as if the only reason they accept them to begin with is to humor the people distributing them. Others refuse them outright — which seems far more honest.

Posted on May 14, 2010 Posted in france, photos, politicsTagged student activism