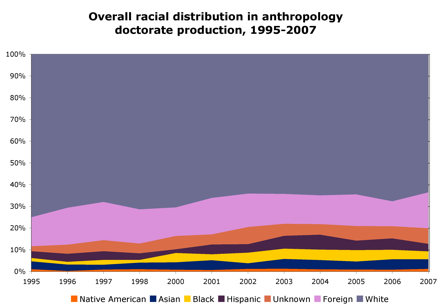 END_OF_DOCUMENT_TOKEN_TO_BE_REPLACED

Recently I got an interesting email from my university’s communications department with a link to a speech recently given by the university’s current president, Robert Zimmer. They said they had appreciated my prior comments on academic freedom and were curious to hear my comments on this speech.

Never having been asked to comment on anything on this blog, I felt a little puzzled, but eventually thought, why not? So here, if you like, are some theses on understanding this instance of a presidential speech.

(1) A presidential speech is a balancing act, a diplomatic performance; and as such, it is almost inevitably produced under severe institutional and diplomatic constraints. One might put it like this: university presidents enjoy no right to free speech. Or at least, no free speech without the threat of retribution from any of numerous quarters. If you read Dean Dad’s wonderful blog about his life as a community college dean, the first thing you find out is that university management (call them leadership or administrators if you prefer) operates in a state of constant compromise and constraint. In a great recent post, he explains something about the constraints on what one can say in his role: “When I spoke only for myself, it didn’t really matter what I said. But as a leader in the institution, comments that once would have been merely snarky were suddenly taken as indications of larger directions.” Just think of Larry Summers. As president, one is heavily vetted to begin with, continuously accountable to multiple constituencies, and under pressure not to rock the boat. And as Dean Dad points out, “front-room talk” isn’t the same as “back-room talk”: even if presidents may be frank in private, they are seldom unguarded when acting in their ceremonial role. First thesis: presidents are not free agents. Corollary: a presidential speech on academic freedom invokes a value that it cannot practice.

(2) The presidential speech is a kind of self-instituting, self-authorizing ceremonial language that functions to assure or reassure the continued dignity of the institution. And a presidential speech is hence less an empirical report on an institution than a moment in the reproduction of an institutional self-image. As in commercial advertising or a political campaign, one puts one’s best foot forward. It’s less that what is said is false as that campus life is glossed with the veneer of an institutional fantasy. This fantasy — one can see it in Zimmer’s speech — implicitly embodies its own criteria of evaluation, which are essentially aesthetic. In such a speech, institutional reality vanishes into the self-satisfied ether of institutional desires for beautiful self-representations.

END_OF_DOCUMENT_TOKEN_TO_BE_REPLACED

I was just reading Christopher Newfield’s interesting 2003 book review on university-industry relations when I noticed that he mentioned a chapter by Kirp on the University of Chicago. The following rather florid (occasionally insulting) prose is interesting — at least to me — because it proceeds from remarking that the university is a bastion of self-congratulatory self-reflexive discourse to commenting on a major contradiction in the university’s labor relations. In other words, it points out the conundrum of a university that bills itself as deeply devoted to rigorous education while also having faculty who are primarily hired for research and who teach as little as possible. This means, as Graduate Students United knows well, that there are a lot of underpaid grad student and adjuncts who depend on teaching while being written out of the institutional self-image.

But I’m getting ahead of the textual excerpt I wanted to present. Although it doesn’t always manage to be an accurate description of the university, it compensates by being entertaining and at times outrageous. (Outrageousness being nothing to sneeze at when it comes to desanctifying institutional self-images.)

The University of Chicago is more self-absorbed—more precisely, self-obsessed—than any other institution of higher learning in America. Its animating myth was manufactured by Robert Maynard Hutchins, the institution’s pivotal president and promoter non pareil. “It’s not a very good university,” Hutchins declared, “it’s only the best there is.” Never mind Oxford or Berkeley. Harvard and Yale may fill the corridors of power, loyalists say; in the domain of ideas, Chicago rules. Nowhere else is the “Ivy League” a term of derision—the land of academic “Jay Leno-ism,” it is called, a reference to its veneration of big-name professors derided at Chicago as “dying elephants.” A passing remark made long ago by the philosopher Alfred North Whitehead is recycled as if it were gospel: “I think the one place where I have been that is most like ancient Athens is the University of Chicago.”

Three-quarters of the faculty live within a mile of the campus in the enclave of Hyde Park, a hothouse of learned chatter and salacious gossip set apart, by design, from the bombed-out inner-city landscape, peopled mainly by dirt-poor blacks, which surrounds it. The fact of isolation, it is said half-jokingly, is why the university’s athletic teams are known as the Maroons. The Chicago tribe takes pleasure in furious disputations about everything from monetarism to metaphysics. While Harvard preens, Chicago navel-gazes, turning out bookshelves’-worth of histories and biographies, faculty committee reports, student newspapers, broadsheets, and websites devoted to itself. There are several hundred listings in the “introductory” bibliography of the university’s history that the campus librarians have prepared.

Seemingly everyone is an amateur historian, mining the past for ammunition that can be used in the present. “No episode was more important in shaping the outlook and expectations [of higher education in the decade following the Civil War] than the founding of the University of Chicago,” writes Frederick Rudolph in his benchmark history of American higher education. It is “one of those events in American history that brought into focus the spirit of an age.” When John D. Rockefeller launched the university with a gift of $2.3 million, he expressed the hope that an institution situated far from the tradition-bound East Coast would “strike out upon lines in full sympathy with the spirit of the age.” Although Chicago is a great school, in this respect Rockefeller would be disappointed. The dominant trope, observes Dennis Hutchinson, professors of law and longtime dean of the undergraduate college, is that “at Chicago we’ve always done ‘X,'” meaning whatever is being advocated at the moment.

There is another, less frequently acknowledged tradition in Hyde Park, a willingness on the part of the university’s leaders, including Hutchins and William Rainey Harper, the founding president, to do whatever has been necessary to raise money for a chronically cash-starved school. Among its past ventures are a junior college and the nation’s biggest correspondence school; in 1998 it attached itself to Unext.com, a for-profit business school.