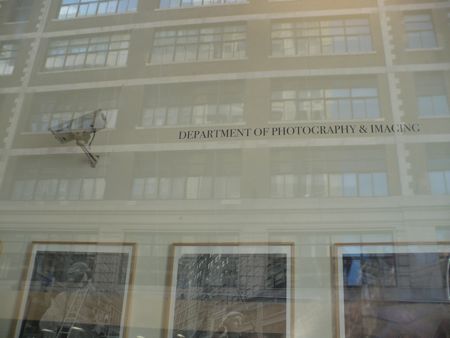 At NYU. This is a picture of an art gallery from the street. The street reflected in the background. Some random art in the bottom.

But really I was just tremendously entertained that the DEPARTMENT OF PHOTOGRAPHY & IMAGING stuck its name right next to a surveillance camera. I guess they are afraid someone might steal their images? Or at least they want to have images of people stealing their images? Or perhaps the security camera is actually part of the exhibit? The white of the camera body blends so nicely with with the white of the wall. It reminds me of a little robot that has stuck its iron fist through the sheetrock and is waving for attention.

A couple of blocks down, across the street, was a somewhat more politically disturbing image (the kind that you’d usually see on Sociological Images, not here): 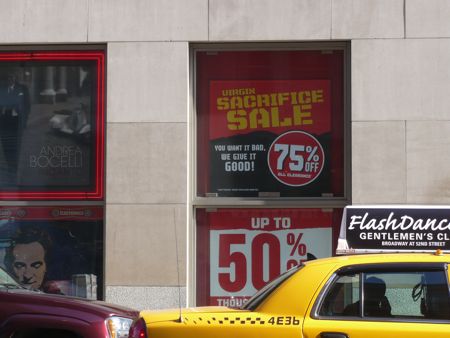 [Update: I only notice now in hindsight that even the ad on the taxicab appeared to be for a “gentleman’s club”…]