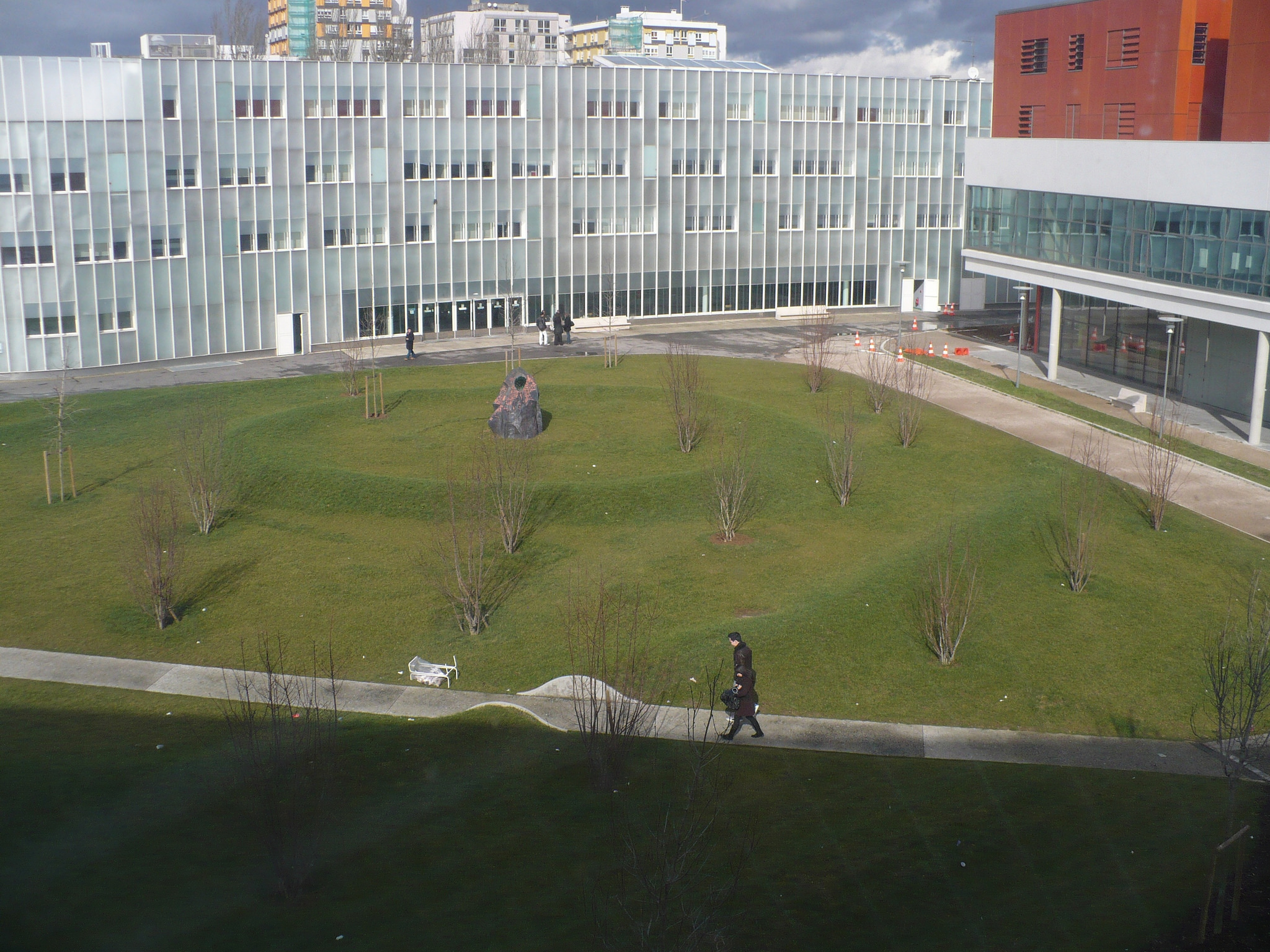 The short version of this post: Philosophers have practically no lab infrastructure.

Coming back to my research about philosophy departments in France, I was recently reading an institutional document describing the (highly-rated) research laboratory for philosophers at the University of Paris-8. Apparently it was a bureaucratic requirement to write a section describing the “infrastructures” available to the laboratory. But since Paris-8 is a typically underfunded public university, operating in cramped quarters on a small campus in the Parisian banlieue, the sad reality is that their infrastructure was quite limited. To the point of comedy.

The unit possesses a room of 35 m2, equipped with a telephone, two desktop computers and WiFi access. It is furnished with tables, chairs and bookshelves. It is situated in a new building less than two years old. The available surface per principle laboratory researcher is 1.5 m2.

One and a half square meters per researcher is just about enough to cram a chair into, and clearly not enough for any sort of individual workspace. Accordingly, there were none; the room in question was purely used to hold small seminars. The whole laboratory staff would never have fit inside it, and when they did have meetings, they took place elsewhere.

There is, of course, something charming about the plaintive note that at least the tiny room is “situated in a new building less than two years old” (the building pictured above). It’s as if the author felt obliged to put only the most positive spin on a clearly inadequate situation. Nevertheless, there is something to learn here about what counts as infrastructure for philosophers at Parisian public universities: in short, all the productive infrastructure (the books, the libraries, the computers, the desks) is elsewhere, generally at home, and the campus becomes purely a place of knowledge exchange, not of knowledge production. Which is why it it is possible to have a philosophy lab with practically no facilities.