I’m writing this from a small white room on the 9th story of an apartment building, comfortably spartan, the shelves still full of the shirts and camera equipment of the previous occupant, the bed sprawled out under a striped duvet. A squadron of black birds are patrolling outside in the chilly rain. This is only a month-long sublet, and the precariousness of not yet having a place to live in July is beginning to alarm me.

After not having written much in the blog for a couple of months, I’m hoping to start writing a lot more regularly now that I’m in Paris for my fieldwork. The universities are just in the middle of closing down for the year, having final exams and the like, so it’s a bit unclear what I will really be able to accomplish before the summer doldrums. I’ve gone to a couple of demonstrations against the government university reforms, and will probably blog about that in my next post. And I have some initial contacts and invitations to pursue. No doubt this is pretty much the typical situation for the start of a research project. (If anyone is curious about the details of the research plan, you can read my long research proposal.)

But at any rate I am rapidly acquiring tons of material, enough for decades of anthropological analysis — I just bought a couple of used philosophy textbooks; one could spend a week just examining them. It’s an odd spectacle when philosophy, with all its claims to high intellectual status, is simplified to bullet-point form and turned into a high school subject. Or websites: there are dozens of curious philosophy and political sites out there. Right now I’m just trying to figure out some system to archive and keep track of them all; I suspect that some of them will vanish over the years and I’m wishing I had a simple means for archiving them. (There’s a really complex tool called Web Curator that seems, alas, more trouble technically than it’s worth. I’ve settled for the low-fi wget for the time being.)

Ethnography affords strange sensations, an uneasy sense that one is (or should be) becoming a phenomenological instrument, a kind of human tape recorder that gathers up the social and experiential, with a trembling urge to record everything, the peach of sky or scrape, the rustle of signs, the footfalls of quarrels and procedure, the jitters of ordinary life. Before one can objectify others one has to objectify oneself as a recording and processing apparatus.

Is ethnography in fact the verification of a hypothesis (given in advance)? Or is it the interpretation of a social world (addressed to whom? to said world’s inhabitants? to foreigners? to one’s own curiosity?)? Or the textual aestheticization of a set of scenes that are more perceived than theorized? Is it the liberation or subjection of an ethnographic object, or perhaps the effort to induce a greater state of self-consciousness within that object? Or a form of collaborative intellectual exchange between actors taken (or mistaken) as intellectual subjects? Or maybe ethnography is simply my discipline’s exercise in creating a falsely immediate sense of cultural reality, a retroactive projection of events or cultural orders into a more fluid set of half-understood situations, a falsely concrete thing made for social analysis? 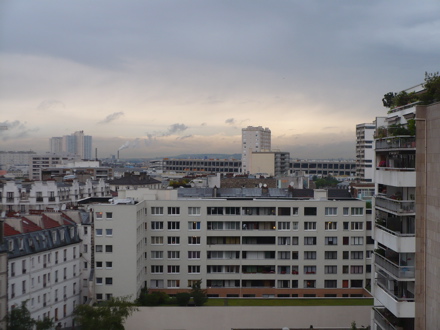 One thought on “Beginning of fieldwork in France”